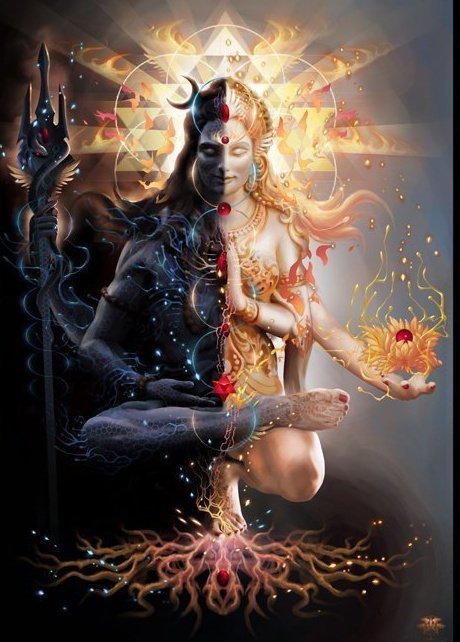 I am feeling very ecstatic while writing this and I cannot contain my excitement and happiness because of what happened with this client.

Reason for seeking PLR: No reason just want to see what will come up.
Although during the pre-talk we uncovered many issues which were resolved later as I understood his problems more deeply. But he wanted the PLR to not have any theme… he just wanted a deep guided meditation to see what happens.

I will write this session in the form of a story because the client did not tell me much while the scenes were happening. He only told me everything later. So we had 2 sessions of total 6 hours in many small parts of 1-1.5 hours where he would go into the trance and completely ignore my instructions, do whatever he needs to do and then came back and told me what had happened.

His hypnotizability score is 9/10 and dominant senses were auditory and kinesthetic.
I focused mainly on “feeling” the while light and sensations of the garden rather than visualizing.

For the most part he was just Astral travelling. He told me he went to a lot of places. At first, all the places of his childhood and younger years. After that he traveled to Kailash mountain. But was just standing far from it, looking at it.

Later he went to the moon and described the craters in detail. Next he was flying in endless space and did not want me to disturb him from there.

On the second day, he once again found himself on the moon. He then saw his mother whom he he had lost in 1990, smiling at him. His mother’s spirit told him he had done a good job taking care of siblings (he was regretful that he couldn’t take care of them).

The next thing he saw blew my mind and also humbled me. He went to the Kailash mountain again, now floating on top of it, in the meditation pose and then he saw something dark blue swirling on top of the mountain.

We must have “stared” at it for a good 15 minutes. I wanted to know why he is going to the Kailash mountain repeatedly. I told him to ask the question to this swirling energy. A big smile spread on his face and tears started rolling from his rapidly moving eyes.

“Ardhanarishvara”, he said! “Lord Shiva and Goddess Parvati is there.”

I couldn’t ask him to do anything past this point because I just didn’t know how to react. I let him bask in the holy light of the deities. Hoping to catch a trickle of blessings for myself as well. He stayed there for a good time.

He told me later that he was feeling anger coming from the Lord. He used to worship Shiva when he was young. When his mother died, he stopped because he became angry with him.

Lord Shiva actually showed him that he had been there and he will always be there. The anger he was feeling was just his own anger being mirrored to him.

Also, he always thought he was gone for only 5-7 minutes when he was actually under for more than 1.5 hours.

He said he is feeling like a completely different person after these sessions. The world is looking like a candy shop with so many colors and positivity all around!

Every session is a new surprise! And every client brings something new for us to learn… sometimes you just have to go with the flow.

Amazing session…Shows that even if he didn’t have a theme outwardly , he did have hid questions and he got the answers. In the space of our conviction that PLRT heals the deepest of issues, the client goes to exactly what’s needed to be remembered…
Grace all the way…
I like your wish for catching a trickle of the blessings for yourself…:)…
I have asked some clients if there’s a message for me and the messages are profound and precious!
I have a few times become so overwhelmed and cried too…With joy and feeling blessed.

Such a powerful session. Thanks Rio.

Amazing session…each and every session is so unique bringing unique experiences and new learnings, not only for clients but also for the therapists.

Amazing session… every session is unique and comes with unexpected surprise both for the client and the therapist.

Wow, got goosebumps while reading, where he met with Bhagwan Shiva

Wow…just speechless…I think I caught some trickle of blessing as I was reading it…goosebumps. Great healing experience to the client. Viewing world like a candy shop is a wonderful perspective indeed.

It’s such a powerful session and the connection between Him and the Shivji is beyond.

Enjoyed reading the post and can imagine the the excitement you would have experienced. Thank you for sharing this.

@riokashyap this is beautiful experience. It also reminds of times when we are angry at God and we think God would be angry too. But that’s not the case

God is super kind and miracles are really possible with PLRT

Thank you so much for sharing.
I literally have goose bumps reading this…
The Divine has such wonderful ways of communicating with us and this is one such example right here from you!
Love and Light…