How to resolve remorse generated when root cause of an issue in this life is violence by the client in earlier life?

Delighted to share with you all how the root cause of poor eye sight for a female client aged 25 years came through. Also, seeking advice and inputs on what else could be done in such cases to resolve the remorse generated in the client where the root cause is violence by the client in an earlier life.
It took three regressions to get to the root cause.
As a bonus, after the first regression, her fear of driving disappeared!! Giving below synopsis of the three regressions:
First regression
Life in US in 1950s. Client, a female and an Orphan is adopted by a single mother who is also her current mother. Client in this life has Poor eye sight and is wearing thick glasses. At the age of 25 she Graduates from Harvard. Just after graduation while driving a car meets with a fatal accident. Client cries bitterly in this regression. Last thought before dying - could not do anything in return for her foster mother, though she brought the client up very nicely after adopting the client from orphanage. She was asked to progress further and see what happened to her foster mother after client’s death. Client found that her foster mother got married and lived a happy life later on. This knowledge miraculously cleaned the client’s guilt. This regression did not go to the root cause of poor eye sight. It just revealed that the client had poorer eyesight in earlier life as well which was the cause of her fatal accident. So it was in order to fix one more regression appointment to get to the root cause. However, this regression eliminated fear of driving which was deeply rooted in the client. She found this the very next day!! Her fear of driving is completely vanished and she is now planning to buy a car!!
Second regression
Client again in US. Some time in 1930s. A male in this life working in a garage as mechanic and painter. Gets married and wife is expecting. He is planning to take her out and is in a hurry to finish a pending job. Gets some liquid spilled into his eye. Not able to see due to that and unable to find his way out. Garage door is shut as it was beyond working hours of the garage. Then the client starts getting suffocated. Due to carbon monoxide. Client not sure what is the source of this gas. The client suffers a painful death caused by eye injury causing painful blindness and carbon monoxide poisoning. Client at this instant covered her eyes with hand and relived the pain and anguish. However, no root cause came up in this life as well. Another regression session was scheduled.
Third regression
Client is male in this life and son of a village chief in a tribal area in Africa or Andamans. Sometime in 1700. A crocodile attacks his sister (she is client’s father in current life) and out of anger he blinds the crocodile by hitting its eyes with stone. When he becomes the village chief, he starts blinding the crocodiles and makes fight of blind crocodiles a new sport. (The client described in detail how the game was played). Soon the whole village starts doing it and enjoying it. Later, before his death he realizes that it is not good but by then it was so widely spread as a sport and he is unable to put a stop to it. Client developed a deep remorse at the time of death on this failure to stop the blind crocodile sport. Client cried bitterly and asked if Therapist could make remorse go away and resolve it for her. Client was asked to seek forgiveness from the souls of all the crocodiles which were blinded and pray for their wellbeing and send love to them. After doing that for some time with tears in eyes, the client reported that some of them are still angry. She was asked to repeat the same again and also to ask what does she need to do or experience in this life to resolve that. She was told by souls of the crocodiles that she will have to experience pain in this life. ( She interpreted this as undergoing pain of laser surgery which she has been considering for sometime now to improve her eye sight). Later when she came back to the beach ( she could never go to a garden during induction ) she was asked to look for and meet the wise guy who has all the answers. On talking to him She was told that she must regularly donate for crocodile conservation by adopting some crocodiles in a crocodile conservation parks.
In third regression, the root cause was found and the client is completely satisfied with the process.
I solicit inputs on:

Look forward to receiving your wisdom.

Many thanks for posting such a detailed session report. Looking forward to inputs on this case from all Amarantos family members.

Everything is in the mind and resolving it there, resolves everything.

She found this the very next day!! Her fear of driving is completely vanished and she is now planning to buy a car!!

The proof of eating the pudding is in eating the pudding. Very well done. We see that our life oscillates between mania and phobias, those which we cannot rationalise are deep-seated in our unconscious and understand their cause and consciously resolving them, brings about the necessary healing.
Like I always say, past life regression is not a miracle, though it appears to be so.

However, no root cause came up in this life as well.

I beg to disagree here, as every sincere attempt makes a dent, though it might not be so apparently significant. Clearing this led you to the grand success that we see in the third session.

A crocodile attacks his sister (she is client’s father in current life) and out of anger he blinds the crocodile by hitting its eyes with stone. When he becomes the village chief, he starts blinding the crocodiles and makes fight of blind crocodiles a new sport.

I found a reference to such a henious practice " In the late 1940s, a party of immigrant Hausa from West Africa worked as professional crocodile hunters at Wau in the Bahr-el-Ghazal, southern Sudan (Owen 1948). They showed intimate knowledge of crocodile behaviour, going out at night and clapping their hands and uttering ‘a curious, bubbling bleat’ and other sounds which attracted the crocodiles. The hunters blinded the crocodiles with torches and harpooned them."
Source.

She was asked to repeat the same again and also to ask what does she need to do or experience in this life to resolve that.

Fantastic work on this.

In third regression, the root cause was found and the client is completely satisfied with the process.

This is amazing, adding to this the two things are:-

The above being a part of the final phase which is transformation, we could also look at what is common between all the lifetimes that were discovered. And what are the carryovers.

All in all, great job dear Kamal, loved know that there have been such tangible results.

Thank you Kamal for sharing such a wonderful session.

One of the points that I see here is that the client had eye problems in two of her earlier lives. These lives indicated a pattern. This was actually coming from another earlier life, where she had been cruel to the crocodiles. The healing comes when the lesson is learnt/ forgiveness is done and for that, one needs to go to the life where the root is. Some of us stop at the first or the second pattern and wonder why no healing has happened. Your inputs helps reinforce that the problem cannot be solved until we really reach the root.

Thank you once again.

Many thanks for your inputs Venu!! It is nice of you to guide as to how to take it to the next level which is evident in the two things you added for transformation. Gratitudes for your guidance.

Many thanks for your encouraging comments Harish!!

Wow thank you sir for sharing, this is so profound. Sometimes we have been suffering life after lives due to imprints of some life and only after detailed session it gets cleared. I am sure even though the sessions were very intense the client would have felt a burden off his chest. This clearly shows how much powerful this tool of PLR is, our only task is to spread and keep practicing to relieve souls

Adding to what you said, I feel that the outcome of a session not being as per the therapist’s or the client’s expectations is also a sign of authenticity of PLRT.

Amazing Kamal. Thank you for sharing this one. This help me understand that Karma is not only realising the truth of your own actions but also experiencing the same feeling or cause, someone once felt because of you.

Thanks Deepti! Yes, I agree with you.

Thanks Geetha! You are absolutely right that our task is to make its benefits known to people suffering and bring smile to their faces by resolving their issues.!

Very true Venu, explanations and authentication always lack something as explaining something and perceiving something go hand in hand as it comes from an indirect knowledge, but experiencing something in utmost peace where mind is acting as a structure or catalyst only or in other words when someone knows things directly needs no authentication. Reality and imagination both are perceived and explained by mind only. It is not possible to see the bottom of a river flooded with mud, if one endeavors to enter it to enhance the effort , it gets blurred further. So one who is tathasth/steady at the bank, fully aware/ consious will find the water getting cleared gradually and ultimately will gaze the bottom.Mind- still -clarity, mind - unstedy-illusion/maya. PLR is mind- still- clarity.

Kamalji, thank you for sharing such an impactful session with us. This session immediately calls for us to be mindful in our action towards ourselves and others even though in our current life the action seems “trivial or normal”, walking in the shoes of the beings on the other side of the story its time we realise we should treat others with the same kindness and love that we expect for ourselves and our current moment in life is the reflection of the kindness and love we give to ourselves in disguise of others. 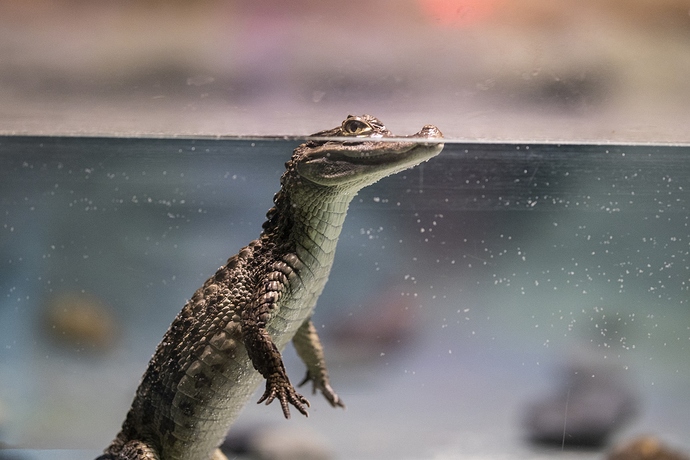 Such a profound session. I feel the pain can be carried over from various past lives but suffering is optional and through this session you have helped to reduce the suffering to such a great extent. The solution that the client got to donate to adopt and donate to crocodile conservation parks is so apt. Thank you for sharing.

Thanks Dr. Lovina for your kind comments!!

Very well said Bhuvi! Fully agree. How we treat other forms of life determine the load we accumulate in every life forces us to reincarnate life after life either to neutralize our Karma or neutralize our emotion