Instead of spirit guide client saw a puppy

Theme of the session- To know the purpose of this life and meet the spirit guide.
The client is kinesthetic( Most of the time she only feels the presence of a person or scene, images were all blurry as told by her)

Summary:
During visualisation, while the client was in the garden, she saw a puppy. When she started following the puppy , she found herself in her neighbours house ( neighbour of her hometown). She felt quite uncomfortable there and came out. From there ,she found herself near her college canteen. She saw the puppy again which was running ahead of her as if it was showing the way.When she reached the canteen gate ,upon my instructon, she went inside. This time the puppy stopped at the gate. When she entered she found an empty room with only a chair and felt the presence of a person.Initially she felt that the person might be her guruji or chanayaka as he had bald head and was wearing the dress of ancient gurus. When I told her to ask him who is he, the person didn’t say anything instead he asked for her hand. But she felt very much uncomfortable and came out of that room. She is a follower of Ram Sharanam guruji. Initially she thought it was her guruji so she entered the canteen room. But later on she felt a negative energy around it and felt as if the person is her current life husband. There she identified herself as some ancient indian woman wearing an orange colour saree. During our pre talk she has reported a strange negative connection with the orange colour . Many painful incidents happened in her life whenever she wore anything with orange colour in the past.So, when she saw herself in that orange colour and felt a kind of negativity from the man who she felt as her husband, she wanted to come out immediately. So, I bring her back to the garden to get her relaxed.
After some more relaxation, this time i used the temple for visualisation. When she entered into that temple, she found that it’s a library. She felt as if she was floating and looking everything from above.She felt there were people but couldn’t see them. Not ready to accept that, she came out from that library. Once she reached outside she felt herself in pujari’s body… Here the puppy appeared again…This time she felt like walking in the library. Now the puppy brought her few books of different colours…one red, one blue and another greyish. The books looks like ancient scriptures. The puppy was turning the pages for her through his tongue. When the puppy opened the first book she saw something written in symbols which she could not read. Then on the other book she felt there was something written but she couldn’t read, the only thing she could read here was year 1386.Then there was another book the pages of which were completely blank. She felt tired so i emerged her from trance.

I am unable to decipher what does the puppy symbolises here? Is he the spirit guide or something else?What is he trying to convey? What is the meaning behind getting those books which she could not even read? Is the answer for her question stored somewhere in the books?

I would be grateful if you could share your valuable feedbacks and suggestions. It will help me to conduct similar sessions in future.

The puppy could be her animal spirit guide. I just found out during an energy healing session and that I have a dog spirit guide!!

We tend to look for human figures but we can also have animals as our guides.

Thank you Dr.Rio for your valuable input.Just to add here, the client informed me few days ago that after the session she had a feeling that her spirit guide is in human form and currently living on earth so he send the puppy to show that he is with her.

Hello Jyotismita,
Thanks a lot for sharing this session with everyone of us.
It was quite interesting reading this session and am wondering whether the client got to know her spirit guide in human form or not in her subsequent session?

Thank you Jyotismita for sharing this session with us. I think the pup is your client’s spirit animal. I hope you get a chance to clarify more on the spirit guide and the mystery of orange color. 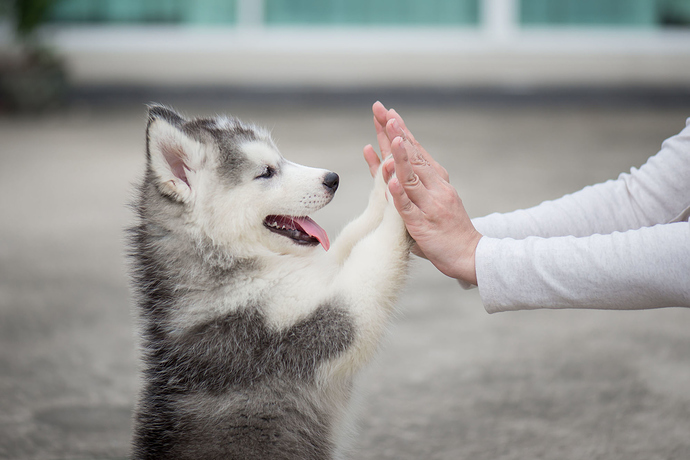