Continuation of - "Mother's Love" (Mother’s Love)
Dream as reported on 19.02.2020
I am in Delhi and I am in a bus. The dream starts when I am getting down from the bus in Delhi…
My family is behind me. But I don’t see any of my family. I only get the feel… and I start walking to a place… I don’t know what place I am going to…

I see a mud track… it actually has lake bund on both sides with plenty of trees. My family is not there anymore.
I am walking thru with a purpose … But I don’t know what the purpose is… the mud track ends and I enter a place that looks a village… There’s a pale blue house… with a darker blue namam which is completely blue. The namam occupies a whole wall that has no windows and suddenly a bare bodied man with just a loincloth appears. He’s either grinning or sneering at me with a stained tooth. He’s asking me “why are you standing here?”
I don’t know elder man I say.
He says “your fate”
Now, I see… I know it’s a temple… But it has no gopuram… Three parts of crystal-clear water bodies are flowing from one side of the temple to the other.
In the middle stream, a man on a vangi (small boats Kerala type) is trying to row against the water. He is still… and not moving forward… Just trying not to get swept away by the current…
Now, I am inside the temple corridor… This temple does not have any granite… only wood… It has shining wooden pillars on both sides of the corridor with finger length spikes pointing at the people walking along the corridor. I walk through the corridor wide enough to let 3 to 4 people in a row.
Behind the temple, but inside the premises (behind the sanctum sanatorium, there’s a room and 10-15 priests (skin tone dark as in south Indians) in panchagajam in pure white with border in it are getting ready for puja
On my right side, there was a huge palatial bungalow that was fit for the ruler of the place. With turrets and the architextural structure looked typical south Indian.
Between the temple and the palace is a huge wooden cage (diffused) with a beautiful middle aged lady danincing a slow and flwoing dance inside the cage, wearing something like a lehanga and a dupatta covering her head (like mughalai painting). I was not able to believe what I was seeing. Why should she be there?
After the temple scene, house, everything was black and white (sepia tone)
I am now I am in the corner junction just behind the temple, I see a huge fertile land with plants, crops. I was awestruck by the beauty of it. I was standing there watching it.
I turn around. I see a British style building. There’s a gate. I am wondering whether it’s a school or army regiment. And am hesitating to enter it. There’s a huge ground just inside the gate. Beyond the ground is the building which is brick red. Near the gate, there’s a pole. Top of the pole there’s a rotating plate. On one side of it, something is written. It’s rotating too fast for me to decipher what it is. The other side has an embossed image of Goddess Laxhmi on it and below it ‘Lakshmi’ is written in Tamil. The other thing seems like a coat of arms. But it’s rotating too fast for me to figure it out.
Now, I see sepoy and a modern traffic constable are talking in Tamil.
There’s another gate, with a huge door and a huge intimidating sepoy with folded arms.
The traffic constable is asking why I am there. I seem to recognize him and I am having a conversation with him. But I don’t know who he is. I ask for directions to the place where I get down from the bus and he directs me.

Yeri karai (Tank Bund), I am climbing onto the top through the rough path. I am standing on the bund. Both sides are dry. I walk down along the same mud road and I am back in the bus stop,
I am in front of my friend Ramamurthy’s house. I can hear Komala talking (buzzing sound)
End of dream

He cancelled 4 subsequent sessions spanning a period of 1 month giving some flimsy reason or the other.

Theme : to go to the root of his fear of going mad

RS once again went into age regression. Suddenly, he shot up from his lying position, eyes wide open and asked “why J is here now?” He was seeing his dead first wife who’d committed suicide by burning herself. He was seeing her as he had seen her last completely burnt and was remembering her last words to him. “I’ll make you suffer”.

Reassured him that it was okay for her to be here. It meant that was unfinished business and we needed to deal with it. Instructed him to take a few calming breaths and took him back into his safe garden. Asked him sit down and relax for a while.

RS: J is right here with me

(Invoked the presence of my spiritual masters and both out spirit guides as well as J’s spirit guide to help us thru this. Used to white light to protect both of us.)

RS: I am not able to move any part of my body. She’s not letting me

T: Take a deep breath… now, ask her what she wants

T: Tell her you are sorry that it never occurred to you to light candles for them.

T: Now tell her that there’s a lot you need to forgive each other for. That you are truly sorry for being unable to keep her happy and that you forgive her for choosing to commit suicide and leaving you.

RS: I told her

T: J, you may have made a bad choice but at your core, you are a loving and beautiful soul. You belong with the light. You are just harming both yourself and RS by staying with him.

RS: I don’t see her any more. But she’s still here.

T: Now, tell her that you will light a candle for her first thing in the morning.

RS: I have told her

Guided RS through the white light technique for protecting himself.

RS: I am not able to do it. She is blocking me.

Emerged him after using the white light to protect him during the night.

After session: RS described how vivid and startling the whole experience was. He confidently told me that J was still around. He also said that this was her 7th suicide attempt since childhood. She was 22 when she died. She has had a suicidal tendency since childhood.

Session with RS’s Current wife K : K was skeptical, angry and confused about the whole thing.

K: She should be happy that I am taking good care of her kids. What else does she want?

(Took a while to help her understand that spirits especially EBs that committed suicide retain the same state of mind they were in when they died. Finally, she agreed to go to the church with RS and light a candle for J. But she said she was still skeptical.)

Initiated the regression session as per the Spirit Releasement script in ‘The Unquiet Dead’ tailored to suit the current case.

It took awhile to convince her that she will not go to hell for committing suicide and that hell does not exist. As a last resort told her that she could go into the light and that if she did not like it there, she could always come back.

After much convincing, she left. When she finally left, she was smiling and waving goodbye.

The entire session was done using the interactive method of communication where the client conveys information about the entity as perceived by their senses.

This time when I emerged RS, after thanking all our masters and guides, he was able to do the white light protection. He felt lighter and more at ease. 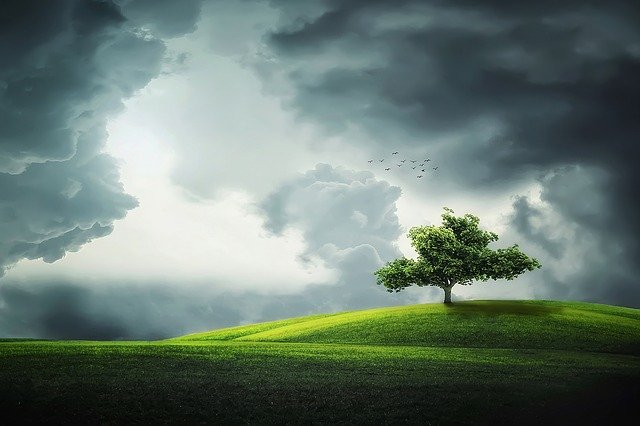 Thank you for sharing this experience.

Wow Bhavani such a lovely session. Thanks for enlightening. The way you handled this is highly commendable. Congratulation!! Am sure the client was much relieved. Well written !!

Amazing, What a skillfully handled session.
Bow to your skills and happy for the client and his family.

Thanks for the encouragement Geetha

Wow we get to learn so much after reading these. If I was doing this session, I wouldn’t have known what to do. Thank you!

So well carried out…
The belief that every soul needs that unconditional love and a little guidance to progress no matter what’s been done.