"Strength lies within you"

Name -Joseph,
Male,
Age -29,
VAK - Kinesthetic
Hypnotizability -8/10,
Eye Roll test -2/5
Theme/trigger phrase -Loneliness and fear. (Do not feel loved. Fear paralyzes me to move ahead. I find it difficult to express or connect)
Pain level before - 10
( Post relaxation and visualization)

T - Sitting in this safe place, do you see someone familiar walking up to you?
C - Yes
T - Do you recognize, who does it look like?
C - I have never see this person before. He is tall, has a beard, looks like Jesus but not Jesus.
T - Ok, lets go to a pleasant moment in your current past life. ( suggestion)
C - I am in 6th standard. My fees was not paid. ( Client starts to weep) . We did not have the money to pay fees. My mother kept requesting my father not to waste money in liquor. I was punished and asked to stand outside class kneeling. I am hurt.
C - now I am in 18, all my friends go to college but me. I feel inferior.
T - ( Paced with the client and ) It’s ok, let it go, its a past memory. Lets now move on to another memory.
C - Its christmas, the entire family has gathered and all are celebrating. I am very happy. All are with me.
T - ( Post pacing) Thats a beautiful memory where you are with your parents and grandparents and cousins. And it’s so important for you to be with your family.
Enjoy the moment. ( After few minutes) Now lets go back in your mother’s womb. ( Taking client to in utero). Where are you? what do you feel?
C - Very warm, sticky… Sad. I can feel my mother is feeling very lonely, Full of fear, society pressure, Crying.
( Client had told me that his (parents) mother had conceived him before her marriage. She was unsure if the marriage would happen. )
T - Its ok, lets go to a moment when you were born. You are born.
C - My mother has me in her lap. I can see my grandparents, father in the hospital room.
T - Such a beautiful moment. Look into her eyes, Filled with love. She chooses to bring you into this world because she loves you. Finally, she gets to hold on to her bundle of joy. all this while she was unsure.
C - Crying and nodding in acceptance.
T - Let’s now return to the safe place at the beach. ( After some deeper relaxation, the client moving and emerging from the tunnel to a life that holds answers to fear and loneliness.

As narrated by the client

C- I saw myself as a person named “Hoom”, who was employed under the king somewhere in the state of Punjab. I was wearing a green dress adorned with golden spots with a pointed shoe. I was also seen wearing a small-cap with feathers on the top. I also had a beautiful sword with me decorated with precious stones. The vision I saw was happening somewhere in the 1800’s and I was approaching a palace resembling the architecture of “Hawa Mahal” painted in white and red. It had a small pool in front and I could see the palace’s reflection on the water body. The palace was triangular in shape with the floor size reducing as we go upwards. The palace had lot of windows and doors with verandas running alongside. Inside the palace, I saw Hoom approaching a lady dressed in red sitting along with her servants in a red cushion. She appeared to be someone important in the palace. Hoom was seen talking to the lady, but I couldn’t hear what they were talking about.

Moving on to Hoon’s childhood, I could see that he was born into a humble farmer family. His house was made out of clay and had fields surrounding the house where his family worked. I saw his beautiful mother making food and running behind young Hoon to feed him while his father was resting in a charpai just outside the house. Hoon was educated through Gurukul system and was seen studying and researching alone on his own and was never taught alongside regular children. He appears to be happy studying alone in the vision.

At the age of 21, he was seen doing some administrative type of work wherein he was writing on scrolls and keeping various records. When he was 24, a devastating flood affected the whole area causing massive destruction of life and property. Hoom too got stuck in the flood but managed to survive after clinging onto a tree trunk. Later at the age of 25, he was blessed with a baby boy through his wife Kalini. Kalini appeared to be weak after giving birth to the boy. Hoom was really proud and happy that day. Later on at the age of 51, Hoom was seen in a relatively huge house standing in the balcony deeply pondering over something. He was dressed in a red royal dress. There was no sign of his wife or child. He was living there with a lady who appears to be his partner. She was dark skinned and her face resembled me of my ex-girlfriend in my current life. The lady’s name was Saakhi.

Later, I saw Hoom in his deathbed. None of his family members, wife, child, or partner was with his during this moment. He only had servants to take care of him during his last moment. I saw him sitting on the bed heavily breathing. Hoom was feeling thirsty and his servant gave him a glass of water and with that, he breathed his last. I saw his soul slowly emerging out from the body peacefully and gradually levitating to the sky. Upon asked by the angels on the wisdom of life that he has learned, Hoom replied

“Do your work! Honestly!”

T - Returning back to a safe place on the beach. Is your Gaurdian angel still waiting for you.
C - It is Hoom!
T - Amazing, your Higher Self as a guardian angel, always there by your side, protecting you.
C - yes, now I know.
T - This is your time to ask your guardian angel any questions you have in mind.
( after few minutes, post confirmation from the client, brought client back into a fully awake state)
C- He says " Strength lies within you"

Client realises where he is getting his fear and loneliness from. Its the same feeling his mother had while she carried him.
When he asked the gaurdian angel of why does he have fear, he was reminded of his courage during floods and how he clung on to a tree trunk. All he needs is a leap of faith.

Client feels liberated, peaceful and now looks at everything with a wider perspective. He called me today to tell me how he has gathered courage in few areas of his life and got amazing results. Its been 2 days only and he already feels new!!

So nice session, yes we all need to take leap of faith in one point of our life

Isn’t this so amazing to have tapped into the in-utro memory, which is why almost all the ancient cultures across the world laid so much of importance on keeping the pregnant women happy and safe.

If I may suggest, as a therapist I’d avoid saying it’s okay, but would have promoted exploration of the feeling of inferiority, (maybe using an affect bridge…)

T - ( Post pacing) Thats a beautiful memory where you are with your parents and grandparents and cousins. And it’s so important for you to be with your family.

To keep the session as close to reality as possible, it’s better for us to avoid leading such as, “Filled with love…”

Look into her eyes, Filled with love.

Instead, we can just wait for the client’s response and then paraphrase.

You are my prodigy Indu, so happy to know this! Thank you for having allowed me to share my treasure with you.

Client feels liberated, peaceful and now looks at everything with a wider perspective. He called me today to tell me how he has gathered courage in few areas of his life and got amazing results. Its been 2 days only and he already feels new!! 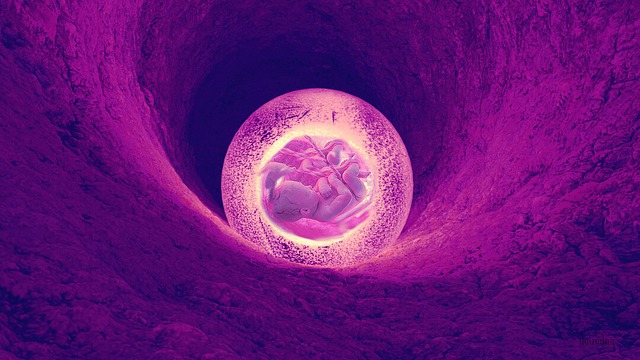 Thankyou Venu, This review has helped me. I will ensure the above points are taken care of.

Wonderful session Indu . It is so gratifying to know someone has healed isn’t it ? That is the magic of PLR.