Cheers🍷 Let your enemies drink alcohol away to glory 🍻

Thanks to my side hustle (PLRT practice) it’s helped me see the ancient spiritual practices in the light of modern science. Be it psychology, physiology or neuroscience everything so beautifully aligns in the understanding I’ve been blessed with.

Take for example the abstinence from alcohol, it’s the basic practice in almost every religion rooted in spirituality.

And thanks to the era we live in now, with the ability to research in depth any topic due to availability of modern research equipment and methods we can clearly see the “why” of any practice.

Note: Though I’ve been ridiculed for being a teetotaller (don’t even depend on caffeine for my happiness) it’s not my attempt to demonise alcohol but just state facts based on unbiased research and my experience.

But this might not be for so some people such as. When people want to indulge in a habit they will have several “stupid” justifications for it, for example long long ago one of my seniors would ask me to go out for a walk with him after lunch. He would pull out a cigarette and just chatter away to glory. His rationale for this was that smoking promoted digestion! So if you are blessed with a mind like that you are not going to accept the contents of this article.

So let’s try to understand what’s alcohol and how it’s absorbed into our body.

So what humans call drinking is ingesting ethanol which is predominantly metabolized to acetaldehyde. So shall we see what is acetaldehyde?

The World Health Organization considers acetaldehyde to be a Class 1 toxin (human carcinogen).

So now I wonder? Why ya wanna punish your body with the most toxic substances? If humans are becoming more and more modern why is there an increase in drinking? And it’s socially acceptable to an extent that those who don’t indulge in it are considered simpletons

And it also corroborates with our PLRT (SRT) practice that maximum cases of entity attachment occurs during this state if intoxication when alcohol punctures the protective aura around them and possession takes place.

So next time you hear alcohol! Know it to be “not fun” and it’s a sweet poison meant for your enemies and not for you or your loved ones.
(I don’t know in what better way i could’ve presented this to you, as for me I don’t have any enemies and wish them well). 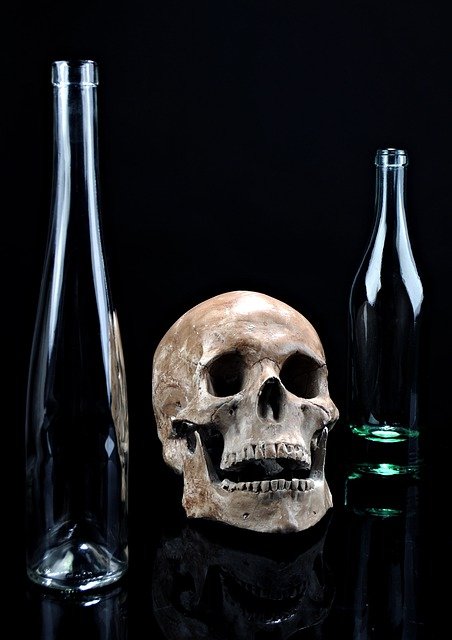 Some apparent benefits of alcohol are:-
Sleep?

You see alcohol so prevalent in marriages, parties and your parents and elders indulging in it that it’s been accredited by elders? Albert Bandura’s bobo doll experiment in psychology can help you understand this. The social learning theory proposes that people learn largely through observation, imitation, and modeling. It demonstrates that people learn not only by being rewarded or punished, but they can also learn from watching someone else being rewarded or punished.

Excise duty (tax on alcohol) is a cash cow for the governments and it’s the main fuel used for winning elections, so why would they ban it?

What else are the justification that people give in order to drink? Would you like to add anything more?

Excellent work Dear Venu. Can we call it the first research paper of our upcoming Amarantos University?
I think tthe article needs much wider circulation other than our forum.

Sure Beloved Arvind @ceoccfb
It’s all yours feel free to circulate.